Fallers and the Aintree Grand National

There’s always a lot of discussion around the Grand National as to horse welfare. To tackle one of these issues they made amendments to lower the fences to help tackle fallers. The interesting thing about this is that the jockeys were actually disputing the new lower fences saying, if you lower the fences then the horses will just go at them more and they’ll be more fallers.

This made me think, let’s actually go out and see what the impact of all the different characteristics of jumps have and how that affects how many fallers there are in horse racing and whether it’s safe or not. 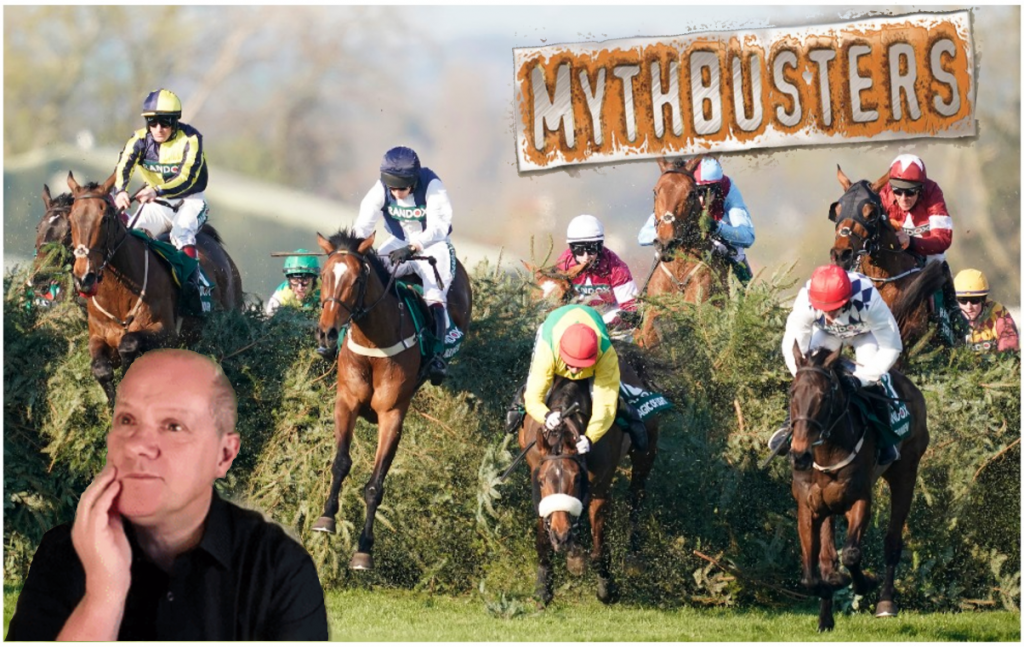 Let’s do the science! Myth of not?

Myth one: Does having more runners cause more fallers? Confirmed, busted or plausible?

Now, the answer is yes, the number of runners does correlate to the number of fallers, but not in a way that you would expect. When I looked at field sizes, I looked at the average size of the field. Now in comparison to normal races who have around 10 runners, the Grand National is unique in having a total of 40 runners.

To begin, I looked at races with runners between 3 and 17 runners to see what impact the field size had on the number of fallers. The curious thing is, the smaller the field, the more fallers there are as a percentage of the total field.

Now, it’s quite a small percentage, but nonetheless, that percentage is there. So you can hypothesise that maybe when horses are in smaller fields, they tend to be going for it a bit more etc, but there seems to be a variable that is causing this trend. Whereas in bigger fields generally, you tend to find the jockeys are taking a little bit more care and are perhaps trying to avoid accidents because there are so many runners.

Secondly, I looked over distance to see if horses getting tired may be a potential issue within a particular race.

Would you say that tired horses to tend to jump worse or not? Well, the answer is that generally the longer a race is, then you do tend to get slightly more fallers in a race.

However, it’s actually a tiny percentage and it’s really not an exponential graph. When you’re looking at the minimum trip of two miles, generally the number of fallers is about 2%. Then when it rises to much longer distances like 21 furlongs, you tend to find that it starts to level off.

If you’re looking between two and three miles, it tends to plateau at that particular point. Yes, it does increase, but it’s very slight and it tends to level off fairly quickly in the overall scheme of things.

Myth three: does the going effect the chance of fallers?: Confirmed, busted or plausible?

Now the next factor I considered is looking at the going, because the going should be able to give me some information as to how things are likely to go. The interesting thing about this, is once again the difference between different types of going is indeed slight, but it does give you a clue as to what’s going on with the horse in this particular race.

So which do you think it is? Do you think that depending on what the ground is like at different racecourses produces more fallers?

Well, the answer is that firm ground produces more fallers and when you look at the data, it’s reasonably well correlated.

The interesting thing is, is that when you get into the soft and heavy ground, the number of fallers starts to decline. On the heavier ground, the horses are going to be running slower, but it seems that if they’re running slower and they seem to jump more cleanly. This is pretty much what the jockey’s said when they said don’t lower the fences at the Grand National because the horses will run at them faster.

If you have a tall fence and you have heavy ground, the horses tend to be running slower and they time their jumps just that a little bit better.

Now if the ground is firm and the horses are running at them quite quickly, then that tends to be when there are more falls. It could be that a mis-timed jump is creating half of that issue.

Lowering of fences at the Grand National, helpful or not?

So in fact, I think that at the Grand National, that lowering the fences was done to make them safer from the public perspective, but in reality that probably is making them slightly more dangerous. Certainly if you did that across all the race courses, you’d start to see more fallers.

Whereas at the moment, the status quo says that if there is heavy ground, then one or two things will happen. The horse will slow down and have a little bit more time to assess the jump and jump it properly. Or perhaps if the jockey is feeling that the horse is not able to cope with the ground, conditions and the jumps, then he will pull them up.

You can see in the stats that the jockeys are pulling up more horses and heavy ground. They’re not making them jump, they’re not forcing them to jump and they can tell when the horse is responding or not responding properly by taking the necessary action.

So, from a PR perspective modifying the course has probably been a win. However, from a safety perspective I suspect that it hasn’t been a win and that, in fact, lowering fences and making them easier to jump probably will increase the propensity of there being more accidents.

I haven’t deliberately looked to try and find this outcome, I just looked at all of the stats and was totally surprised, as you probably were, that there were more fallers on firm ground as a percentage of the total field than there were on heavy ground.

Let’s hear what you think – does lowering the fences in the Grand National actually make them safer or is that simply a myth?

Top five tips for winning on the Grand National